Assault With a Deadly Weapon

Assault with a deadly weapon is an extremely serious criminal charge that can cause individuals to spend years behind bars. As a felony offense, this crime has caused countless alleged offenders to end up spending years in prison while also paying expensive fines. It also carries many collateral consequences such as loss of employment, expulsion from higher learning institutions, and no longer being able to vote.

Upon being charged with this crime, individuals must do their part by making sure they have properly aligned themselves with a criminal defense attorney. Prosecutors have the burden of proof in this instance, and they must be able to prove beyond a shadow of a doubt that you have committed assault with a deadly weapon. 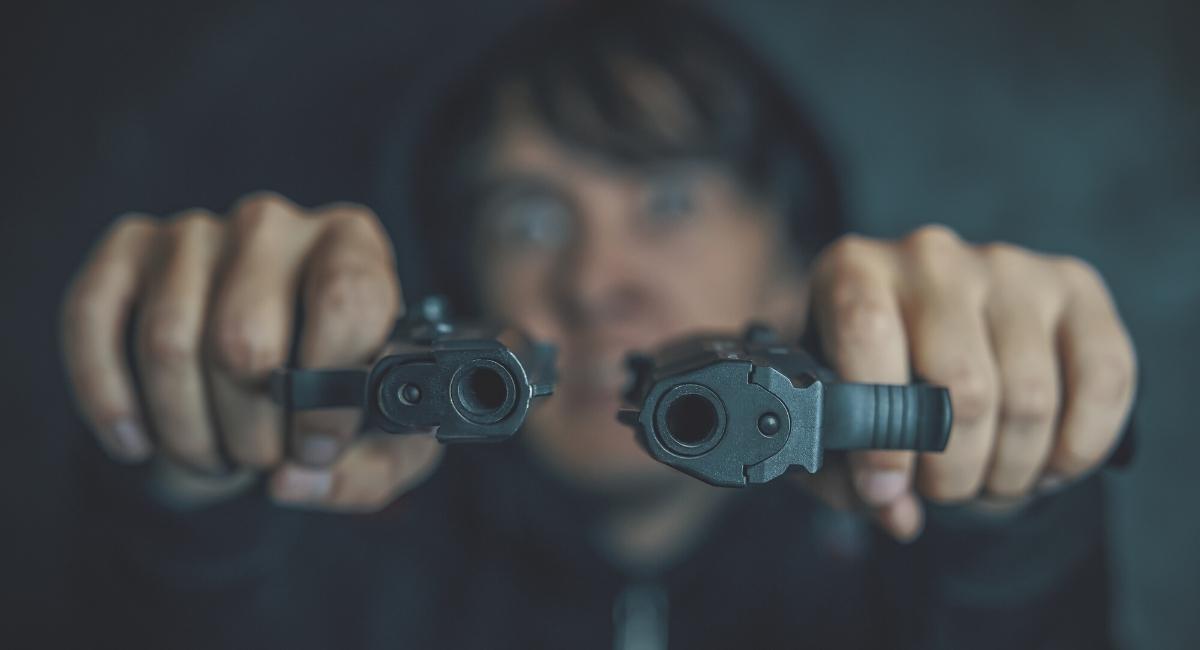 Assault with a deadly weapon is a charge that can completely derail your life, but it is important to remember that a quality criminal defense lawyer can be the difference between a charge dismissal and a multi-year prison sentence. Not every charge has to result in a conviction, which means that it may be possible for you to retain your freedom, even though you are facing felony charges.

Serving Collin, Tarrant, Parker, Denton, and countless other counties and communities across Texas, the Law Offices of Richard C. McConathy provides expert legal counsel to those in need of a criminal defense attorney. With years of experience representing Texans in a court of law, we are well equipped to assist our clients in defending their rights, freedom, and honor against prosecuting attorneys.

We fight tirelessly for each and every citizen we represent, and we are confident in our abilities to help your case reach a favorable outcome. For more information about how we can help, contact the Law Offices of Richard C. McConathy today at (469) 304-3422 for a free consultation with a member of our team.

Definition of Assault with a Deadly Weapon

Texas Penal Code Section 22.021 provides a definition of assault with a deadly weapon in Texas. According to this statute, assault with a deadly weapon, also known as aggravated assault, takes place when an individual is guilty of using a deadly weapon while committing assault. “Assault” is defined as an act involving intentional causation of bodily injury, intentional causation of offensive physical contact, or the threat of bodily injury or offensive physical contact.

Texas Penal Code § 46.01 provides a list of definitions for the various items and objects that are considered to be deadly weapons in the state of Texas.

Penalties for Assault with a Deadly Weapon

Defenses to Assault with a Deadly Weapon

In certain cases, there may be defenses to assault with a deadly weapon that can be used while disputing the charges.

For starters, self-defense can be used as a defense to assault with a deadly weapon. The state of Texas allows individuals to use force if they are under immediate serious threat of serious injury, bodily harm, or death. For example, if an individual has been attacked and uses a club to fend off their attacker, they may be able to use this as a defense to their criminal charges.

Lack of intent is another popular defense to assault with a deadly weapon charge. Upon being charged with this crime, prosecuting attorneys must be able to prove that you have every intention of committing assault and hurting another person. If your criminal defense attorney is able to prove that you did not intentionally assault another individual, you may be able to reduce or dismiss your criminal charges.

Lastly, lack of a deadly weapon is another defense that many defendants find themselves using when being charged with assault with a deadly weapon. If you and your attorney are able to prove that there was no deadly weapon that was present or used during the alleged assault, you may be able to reduce or dismiss your charges.

Texas Penal Code Chapter 46: Weapons – This link takes you to the official website containing The Texas Penal Code, where you can find more about Texas’s laws pertaining to weapons, assault, and assault with a deadly weapon. You can also learn more about the penalties and consequences of being convicted of an assault or weapons charge.

Penal Code Offenses by Punishment Range – This link takes you to the official website of the Texas Attorney General, Ken Paxton. Here, you can learn more about the criminal penalties for crimes that take place and are charged within the Texas borders.

Assault with a deadly weapon is a violent crime that has the potential to completely derail your life. Upon being convicted of this crime, you may be forced to give up your employment, college eligibility, and rights to vote. For these reasons and more, it is important to make sure you have armed yourself with a quality criminal defense lawyer who can help you reduce or even dismiss your charges.

Serving McKinney, Plano, Frisco, Dallas, Denton, and many other surrounding areas of Collin County, the Law Offices of Richard C. McConathy provide Texans with elite criminal defense representation. Our team of legal experts is led by experienced criminal defense attorney Richard C. McConathy. And with years of experience that includes numerous criminal case wins, we are confident in our ability to help you with your legal matters. For more information on how we can be of assistance, contact us today at (469) 304-3422 for a free consultation.

I am being charged with Aggravated Assault with a Deadly Weapon, but I did not have a gun or a knife, can they still charge me with a felony?

Yes, if the weapon in question can cause death or serious bodily injury it can be used to charge you as a felon. This can include Baseball bats, scissors, pellet guns, rocks, cars, heavy furniture or equipment. Do not assume that if it a non-lethal every day item used in an assault; it cannot be considered a felony.

I am being charged with Aggravated Assault with a Deadly Weapon, but I only showed the weapon or pointed at them, no assault happen, can the government charge me with a felony?

Yes, if the weapon was used for the intent to cause fear of imminent death or bodily injury in the victims mind, then this is enough to allow the government to proceed with a felony charge against you.

I am being charged with Aggravated Assault with a Deadly Weapon, but I did it in self-defense. Why isn’t my case being dismissed?

Self-defense is an affirmative defense to the charge against you. Once presented it is the State’s job to disprove you claim as an excuse to the criminal charge. The State can do so by showing your response to a danger was excessive. For example, you were slapped in the face and then hit them over the head with a baseball bat, the state would argue your reaction was excessive.

I was not read my rights by the police when arrested for Aggravated Assault with a Deadly Weapon. Can I get my case dismissed?

Depends on the situation. Miranda rights only apply to verbal communications with the police in response to a custodial interrogation issue. The police asking basic identification questions or safety question is not interrogation. You just talking out loud is not protected. Even if there is a violation, such violation my only remove the use of the statements made in court and not the physical evidence collected.