Texas Transportation Code § 550.023 is the state law detailing what a person should do if they are in a car accident with another person. Numerous conditions must be completed when another person has their vehicle damaged, suffers an injury, or dies during an incident, and failing to stop is often referred to as a hit and run, leaving the scene of a crash, or a hit and skip.

There are many reasons why people may not complete any of these requirements. Every situation is different and can be interpreted in various ways, but Texas law is generally unforgiving when it comes to leaving the scene of an accident.

A hit-and-run charge is not something to take lightly. When you are charged with failure to stop and render aid, it is imperative that you contact a qualified criminal defense attorney. 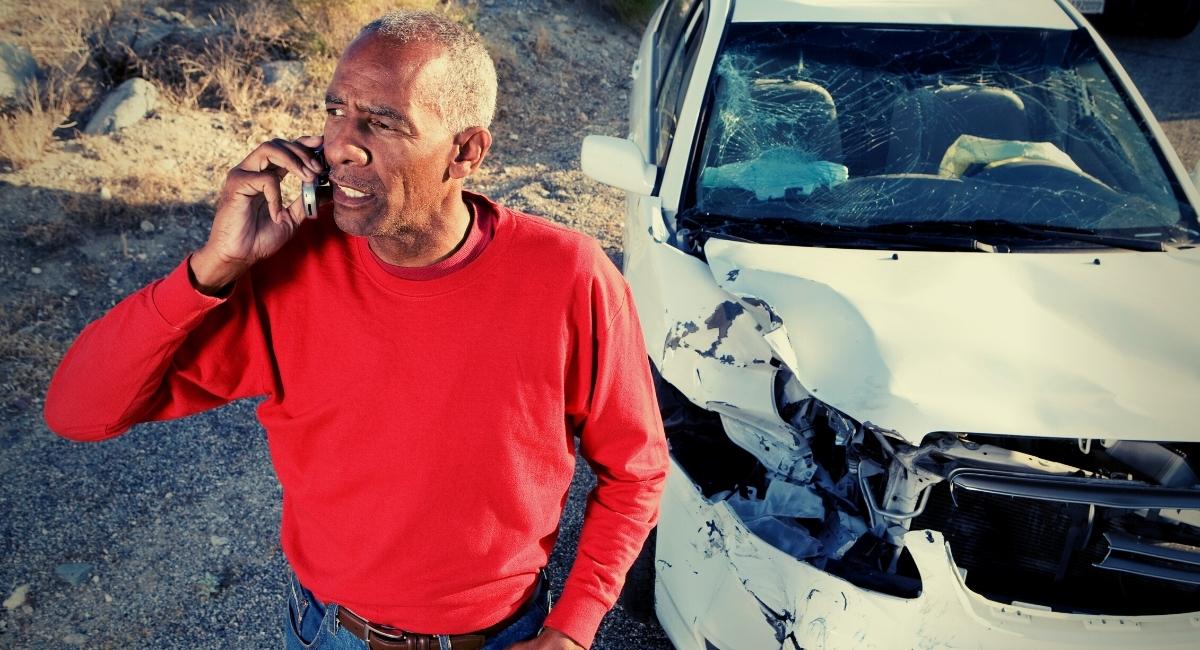 If you or your loved one is dealing with failure to stop and render aid, get yourself legal representation as soon as possible. The Law Offices of Richard C. McConathy represent clients in all kinds of failure to stop cases. Our firm will be able to work to help you achieve the most favorable possible outcome for your case.

Texas Transportation Code § 550.021 establishes that the operator of a motor vehicle involved in an accident resulting in or reasonably likely to result in injury to or death of a person must:

Texas Transportation Code § 550.023 provides that the operator of a motor vehicle involved in an accident resulting in the injury or death of a person or damage to a vehicle that is driven or attended by a person must give their name and address, the registration number of the vehicle they were driving, and the name of their motor vehicle liability insurer to any person injured or the operator or occupant of or person attending a vehicle involved in the collision, show their driver’s license, and provide any person injured in the accident reasonable assistance, including transporting or making arrangements for transporting the person to a physician or hospital for medical treatment if it is apparent that treatment is necessary, or if the injured person requests the transportation.

An alleged offender commits the crime of failing to stop and render aid after an automobile accident if:

Penalties for Failing to Stop and Render Aid in Texas

There are several different consequences for an offender with a “hit and run” case. The way the crime is charged depends on the circumstances and allegations of the incident.

There are a few common key elements to classify the penalty for a “hit and run.” These can be personal injury, serious bodily injury, death, unattended property, hitting an unoccupied and parked automobile, or hitting an occupied and moving automobile.

Failure to Stop Resulting in Injury or Death

Under Texas Transportation Code § 550.021, the most severe crime regarding “hit and run” is when there is a bodily injury, serious bodily injury, or death.

If a driver hits a fixture or landscaping near a highway, it is required they take action to find and notify the owner or person in charge of the property. The driver is also required to present their driver’s license, name, address, and vehicle registration number to the property owner.

Failure to Stop after Striking a Parked Car

Texas Transportation Code § 550.024 details that the driver who hits a parked car must locate the owner of the car and leave their information with the owner. The note or verbal information must include their name and address. If the driver does not provide this information or find the owner, they are violating the law.

Failure to Stop after Striking an Occupied Vehicle

The Texas Transportation Code § 550.022 states that to leave the scene of an accident involving damage to an occupied vehicle, is a crime. Texas law requires that both drivers involved in the accident must:

Possible Defenses for Hit and Run Cases in Texas

To get a conviction, the prosecution must prove beyond reasonable doubt that the offender was knowingly or intentionally involved in a crash and failed to stop. If the charge did not understand that he or she was involved in an accident, then they may have reduced charges or their case dismissed.

For instance, if the two automobiles did not actually collide completely, then the driver may not have noticed any damage. There must be evidence of intent to be charged with failure to stop and render aid.

Conversely, if the driver was intoxicated by alcohol before the accident, then this information should not be disclosed to the prosecution. “Voluntary Intoxication” is not a defense for failure to stop charges. This information may actually enhance the penalties for the offense.

Traffic Ticket Fines & Penalties — Visit Texas’s Department of Motor Vehicles (DMV) to find information regarding traffic ticket fines and penalties in the different Texas counties. See the different traffic offenses and the financial penalties that go along with it.

Traffic Tickets – Collin County – Justices of the Peace — Use the Collin County website to learn more about traffic tickets. Learn about your options for dealing with a ticket. Also find out more about dismissal options.

If you need help with a failure to stop offense in Collin County, get legal help today. Our firm will conduct a rigorous investigation to fully understand the case and will be able to identify the best path forward for you. We know how to put forth the most aggressive defense against the charges so you can reduce or dismiss your criminal charges.