Possession of a Firearm by a Convicted Felon

Firearm possession can be a delicate subject when it concerns the rights of people convicted of felony offenses, as most offenders will be prohibited from lawfully possessing firearms under both state and federal law in Texas. A felony conviction does not have to be a lifetime ban, but people need to make sure their rights have been restored before they can legally possess firearms.

When convicted felon possesses a firearm without having their rights restored, they could face either state or federal charges. Any crime relating to convicted felons in possession of firearm offenses will be an immediate cause for great concern because the penalties for these alleged offenses can be quite steep. 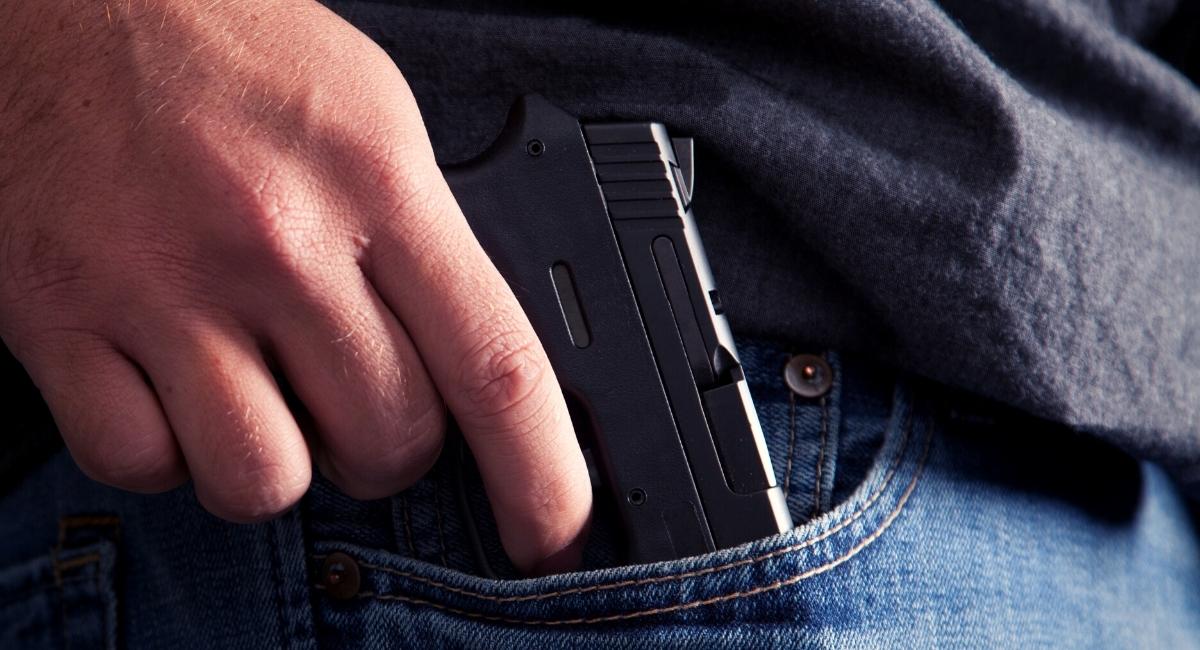 Possession of a Firearm by a Convicted Felon Defense Lawyer in Plano, Allen, Frisco, and McKinney, TX

If you were recently arrested for alleged possession of a firearm by a convicted felon offense in McKinney, Plano, Carrollton, or a surrounding area of Collin County, you are going to need to secure legal counsel as quickly as you can. You will want to make sure that you speak to The Law Offices of Richard C. McConathy.

Our firm will be committed to helping you achieve the most favorable possible outcome for your case. You can have us review your case and answer all of your legal questions when you call (469) 304-3422 or contact us online to schedule a free consultation.

Possession of a Firearm by a Convicted Felon Penalties in Texas

Texas Penal Code § 46.04(a) establishes that a person who has been convicted of a felony commits unlawful possession of a firearm offense if they possess a firearm after conviction and before the fifth anniversary of their release from confinement following conviction of the felony or their release from supervision under community supervision, parole, or mandatory supervision, whichever date is later, or after the same period at any location other than the premises at which the person lives. Unlawful possession of a firearm is a third-degree felony.

Under Texas Penal Code § 46.04(b), a person who has been convicted of Class A misdemeanor assault involving a member of the person’s family or household commits an offense if they possess a firearm before the fifth anniversary of the later of the date of their release from confinement following conviction of the misdemeanor or the date of their release from community supervision following conviction of the misdemeanor. This crime is a Class A misdemeanor.

Texas Penal Code § 46.04(f) establishes that an offense under the laws of this state, another state, or the United States is a felony if, at the time it is committed, the offense:

Unlawful possession of firearm crimes are punishable as follows:

Under Texas Penal Code § 12.42, aggravated consequences can be imposed for individuals deemed habitual felony offenders. When an alleged offender has been previously convicted of a felony other than a state jail felony, they can be punished for a second-degree felony, which can be a sentence of up to 20 years in prison and/or a fine of up to $10,000 if convicted for unlawful possession of a firearm.

The federal law prohibiting any person convicted of a crime punishable by more than one year of imprisonment is 18 U.S.C. § 922(g)(1). 18 U.S.C. § 922(g) prohibits certain persons from shipping, transporting, possessing, or receiving a firearm or ammunition while subject to a prohibition from doing so, most commonly because of a prior conviction for a felony offense.

Federal law does not apply to a person whose gun rights have been restored by the state.

A federal conviction is punishable by up to 10 years in prison and a fine of up to $250,000. When an alleged offender has three or more prior convictions for felony crimes of violence or drug trafficking felonies, the Armed Career Criminal Act (ACCA) mandates a minimum sentence of 15 years in prison.

According to the United States Sentencing Commission (USSC), there were 7,647 cases involving convictions under 18 U.S.C. § 922(g) in the fiscal year 2019. The Northern District of Texas was one of the top five districts for felons in possession of a firearm offender.

The USSC reported that 97.7 percent of felon in possession of a firearm offenders were men. Of the offenders, 55.4 percent were Black, 24.8 percent were white, 17.1 percent were Hispanic, and 2.7 percent were of other races. The average age of an offender was 34 years.

According to the USSC, 97.4 percent of felons in possession of firearm offenders were sentenced to prison, although sentences varied widely by whether a mandatory minimum penalty applied in the case. There were 15.6 percent of felon in possession of a firearm offenders convicted of one or more statutes with a mandatory minimum penalty that included:

The USSC reported that 65.5 percent of felons in possession of firearm offenders were sentenced under the Guidelines Manual. Of those offenders, 82.8 percent were sentenced within the guideline range, 10.5 percent received a substantial assistance departure with the average sentence reduction being 44.3 percent, and 5.6 percent received some other downward departure for which the average sentence reduction was 34.9 percent.

Collin County Possession of a Firearm by a Convicted Felon Resources

Can a felon legally have a gun in Texas? — Read November 14, 2017, KHOU-TV story about firearm rights. KHOU verified that a person with a felony conviction could possess a firearm on the premises where they live, five years after the disposition of their conviction. The article states that federal law does not allow for a convicted felon to possess a firearm under any circumstances unless they have been pardoned.

Find A Collin County Attorney to FightPossession of a Firearm | Law Offices of Richard C. McConathy

Were you recently arrested for possession of a firearm by a convicted felon offense throughout Collin County including Plano, McKinney, Frisco, and Allen, TX? You are going to want to make sure that you are working with an experienced criminal defense attorney for help fighting your criminal charges.

The Law Offices of Richard C. McConathy is ready and able to take your case, and we will aggressively pursue a possible reduction or dismissal of your criminal charges. Call (469) 304-3422 or contact us online to have our firm examine your case during a free consultation.