Shoplifting / Retail Theft is not a crime that should be taken lightly. In the state of Texas, corporations and small businesses take shoplifting and retail theft extremely seriously. While certain offenders may see this as a petty crime, every Texan should be aware of the potential consequences of being convicted of shoplifting or retail theft. Jail time, expensive court-ordered fines, restitution payments, and loss of employment are only a few of the potential penalties of shoplifting.

Unfortunately, there are some individuals who are wrongfully charged with this crime. At times, store owners and employees can be a bit overzealous when accusing individuals of shoplifting. Police officers can be extremely quick to make arrests when they are called to the scene of alleged retail theft, and as a result, you may be facing charges you do not necessarily deserve. And though this may seem scary at the moment, it’s important to remember that you may be able to overcome this with the help of a criminal defense lawyer. 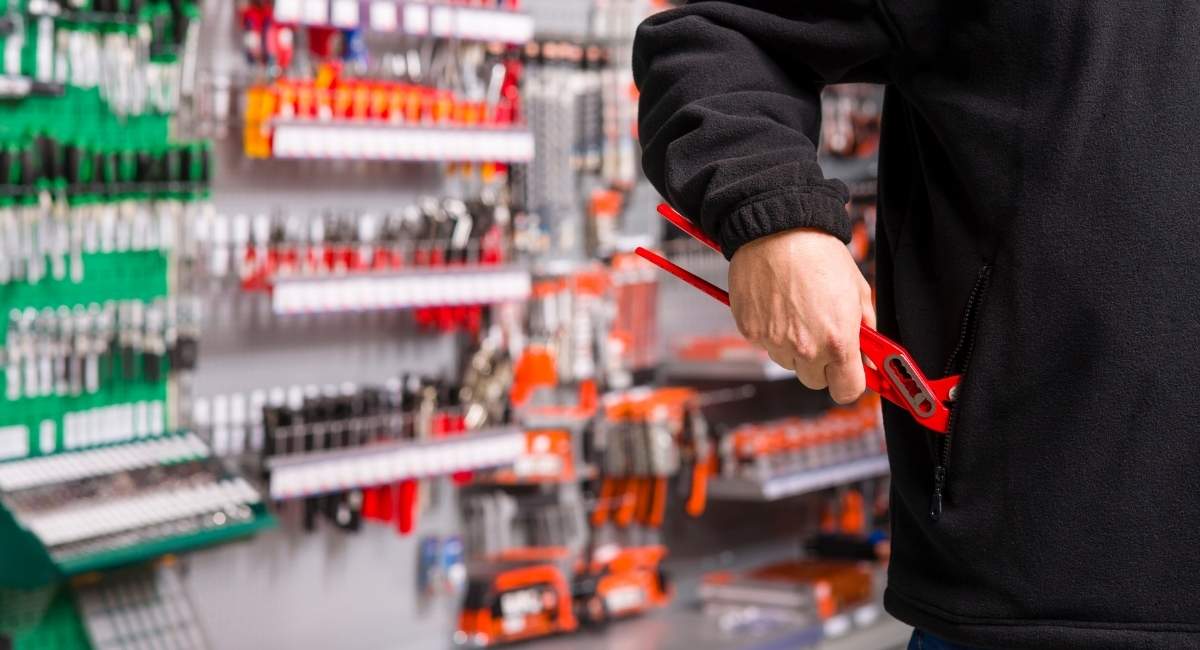 Being charged with shoplifting is an experience that nobody wants to go through, especially someone who is not even guilty of the alleged crime. Have you been recently charged with or accused of shoplifting and you’re trying to figure out what you should do next? If you’re attempting to dismiss or reduce your criminal charges, the first thing you need to do is hire a criminal defense lawyer.

The Law Offices of Richard C. McConathy provide expert legal counsel to those who are seeking a criminal defense lawyer. Serving Collin County, Tarrant, Parker, Denton, and many other counties and communities around the Lone Star State, Richard McConathy and his legal team are ready to provide you with the services you need. With a proven track record of helping clients dismiss or reduce their charges, you can be confident in our ability to help you reach a favorable outcome in a court of law. Call us today at (469) 304-3422 to receive a free consultation from a legal expert on our team.

Definition of Shoplifting and Retail Theft

According to the Texas Penal Code Section 31.03, a person is guilty of retail theft or shoplifting if they are found unlawfully and intentionally taking property from a retailer, storefront, or merchant, with the intent to deprive the property owner of their property without their consent.

Shoplifting and retail theft can take place at any store, regardless of how little or large it may be. However, this type of crime is more common at big-box retailers, such as Wal-Mart, Sears, Safeway, JCPenney, Best Buy, and other nationwide chains. As a result, many large retailers have taken extra security measures in an attempt to reduce “shrink” and deter criminals from attempting to steal items. Display cases, spider tags, and CCTV cameras are a few of the most common anti-theft devices commonly used in stores nowadays.

Shoplifting penalties can greatly vary. In most cases, the charges and their classifications are heavily dependent upon the value of the stolen property, the alleged offender’s criminal record, and whether deadly force or violence was involved in the incident.

Current Texas law states that shoplifting is classified as a Class C misdemeanor if the alleged offender has been accused of stealing property that is valued at less than $50. If convicted, the offender can expect to pay a fine that is not to exceed $500.

Lastly, first-degree retail theft takes place if an individual is accused of or found stealing property that exceeds a value of $200,000. This crime can lead to a minimum of five years in prison, and a maximum prison sentence that can cause an offender to spend life behind bars, in addition to a fine that can be as expensive as $10,000.

As you can now see, shoplifting and retail theft are no joke. These are serious crimes that can cause an individual to lose countless years of their life to a prison sentence while being forced to pay thousands of dollars in court-mandated fines. Because of this, it is important to hire a criminal defense attorney as soon as you are made aware of your charges and accusations.

According to Texas Penal Code Section 31.16, an individual is guilty of committing organized retail theft if they are found intentionally facilitating, promoting, or conducting any activity in which they are receiving, possessing, storing, concealing, bartering, selling, or disposing of stolen retail merchandise that is valued at $1,500 or greater.

Organized retail theft is more common than many individuals realize. There are numerous organizations and professional shoplifting rings around the world that are committed to stealing large quantities of items and selling them for profit. Recent advancements in technology have made it easier for retailers and storefronts to keep tabs on their inventory, but shoplifting organizations are still wreaking havoc on retail stores around the globe.

Individuals partaking in organized retail theft can face state jail felony charges if they are found stealing merchandise holding a value that meets or exceeds $1,500 while being less than $20,000. If convicted of this charge, they will find themselves facing 6 months to 2 years in jail, while being forced to pay a fine that could be as expensive as $10,000.

Individuals can face third-degree felony charges if they are found stealing merchandise holding a value that meets or exceeds $20,000 while being less than $100,000. Penalties of this crime include a jail sentence that can be as little as 2 years behind bars, or as long as 10 years. In addition to this, they may be subject to paying fines that may not exceed $10,000.

Organized retail theft can be upgraded to a second-degree felony if the individual is found stealing merchandise holding a value equal to or greater than $100,000 while being less than $200,000. If convicted of this crime, the alleged offender will face a jail sentence that can be between two years and 20 years, in addition to a fine that cannot exceed $10,000.

Lastly, first-degree organized retail theft takes place when an individual is found stealing merchandise that is valued at $200,000 or more. If convicted of this crime, the offender will face a maximum prison sentence of life behind bars, in addition to a fine that cannot exceed $10,000.

How Technology Changed Shoplifting – This link takes you to the official website Michigan Live, a news platform that reports on local and national events. The linked webpage is an article that dives into the situations and statistics surrounding retail theft, retail theft arrests, and organized shoplifting in America.

Busting Underground Shoplifting Rings: Inside Organized Retail Crime Raids – This link takes you to the official website of ABC News, where you can read their article on organized shoplifting crime rings and the measures law enforcement officials are taking to end shoplifting.

Being aware of the laws surrounding retail theft and shoplifting is not enough to potentially avoid a conviction in a court of law. In order to successfully dismiss or reduce your retail theft charges, you will need the help of a criminal defense attorney who knows the ins and outs of shoplifting laws in Texas. Being convicted of theft offenses can cost you time, money, and ultimately, your future.

Have you recently been charged with retail theft and you are unsure of what you need to do next? If this sounds like your situation, contact the Law Offices of Richard C. McConathy immediately. Criminal defense lawyer Richard C. McConathy has years of experience helping Texans with their criminal charges, and our law firm is made up of experts who all share a common passion of helping citizens defend themselves in a court of law. To learn more about how we can help you with your case, contact us today at (469) 304-3422 for a free consultation.